Bibi is an advanced Ashtanga Yoga practitioner and studio owner teaching at Wanderlust Whistler this year. Pay homage to the foundations of your practice and explore Ashtanga with her IRL. In the meantime, let’s break down just what the traditional Ashtanga series are all about.

Primary series, or yoga chikitsa, is a healing practice. It is a practice meant to work on resetting the physical body so that the practitioner can begin to work at a deeper level by sitting in meditation, sitting for pranayama, or working with the body at deeper levels through the series that follow it.

Primary series targets the main organs of the body, such as the digestive system, liver, gall bladder and kidneys. It also  balances our sympathetic and parasympathetic nervous systems. The practice is based on and around the tristhana method: pranayama, asana, and dristhi, or gaze. The breathing technique we use is Ujjayi breathing, victorious breath, or ‘deep breathing with sound.’

This specific type of breathing creates tapas, or heat, in the body. This heat is used to ‘thin the blood,’ as Guruji used to say, meaning that as blood is heated it becomes thinner, and more able to circulate through the different tissues and organs in the body. A lack of flexibility belies a lack of blood circulation in the tissues around the area of stiffness. Enter: Asana.

Each asana is geared to create space in specific regions of the body with the means of facilitating the flow of blood. When the blood is able to circulate to areas of stiffness the muscles, tissues and fascia begin to soften and become more flexible, allowing for opening to happen. Doing the same asanas repeatedly six days a week allows for the body to bring circulation to these areas consistently. It’s like hammering a piece of rock in the same place over and over again—eventually it gives.

Circulation also happens within the organs; each asana targets a specific organ, blocking the flow of blood for 5 breaths at a time; when the asana is released the blood is flushed back into the area forcing stagnant things and toxins to move along towards the peripheries of the body. When we rest in Savasana everything that has been moved, circulates closer to the surface of the skin and is released. This is why primary series is such an important practice which we continue to revisit weekly even as advanced practitioners. All the elements and movements of practice are within the primary series. The rest of the series are just advanced versions and variations of the primary series asanas.

Secondary Series: Building on the Basics

Second series, or nadi shodhana, is a sequence of poses designed to clear the nervous system and the energy channels of the subtle body known as the nadhis. There are over 70,000 nadhis in the body. The focus of this series is on backbends, deep hip openers, and some inversions. It fires up the sympathetic nervous system with the goal of creating stress on the nerves in a safe space to learn to cope with it in a non-stressful space. The deep backbends and the hip openers activate the sympathetic nervous system, and once the practitioners arrives in the finishing poses the focus shifts onto the parasympathetic system, enabling the practitioner to experience a deep state of relaxation at the end of the practice.

This series is very emotionally intense, often accompanied by periods of light sleeping, strong emotions, vulnerability, and heightened awareness of the spiritual side of things. Practicing the second series of Ashtanga yoga means you are established and devoted to the daily practice. It also naturally pushes the practitioners to enquire about the deeper aspects of yoga: yamas and niyamas.

Following a vegan/vegetarian diet will come naturally at this point, as the system is highly-purified and sensitive to all that is assimilated. Curiosity towards the philosophy of yoga and God begins to develop naturally in the mind. The mind is more prone to sit comfortably in stillness. As the nervous system—and therefore the senses—are being purified, it becomes easier to observe the quality of the chitta, or “mind stuff.” The practitioner is therefore naturally called to meditate.

Nadhi Shodana is also a pranayama breathing technique that calms the mind, body and emotions. The term comes from the Sanskrit nadi, meaning “channel,” and shodhana, meaning “cleaning” or “purifying.” It is also known as the alternate nostril breathing. It helps to harmonize the hemispheres of the brain, balancing the logical and emotional sides of the practitioner’s personality. Nadi shodhana (the practice), just as the pranayama technique, helps circulate breath through the nadis, the chakras and the brain, thus, returning the body to a state of balance.

We practice these series in a specific order because as you have read above, the body has to be ready. The practice is slowly preparing the vessel of the body for sitting in silence. It is a process of purification that begins with the physical to penetrate into the subtle. It uses asana as the means to create space for prana to flow. Through the ‘vinyasa’ or the linking of the breath with the movement it generates heat, which in turns stimulates circulation which unlocks granthis, or blockages / knots, in the physical and energy body. Through this very detailed and tightly structured method we are able to begin to see ourselves for who we are as Purusha. We are able to discriminate what is real from what is unreal and in this find a deep sense of coming home within ourselves.

Ashtanga as Basis for Popular Yoga

Vinyasa yoga stems out of Ashtanga Yoga. Vinyasa sequences are personal interpretations of the understanding of aspects of practice of each individual teacher. It is a free interpretation of the teacher. Intelligently-threaded vinyasa sequences will usually be aimed at helping the student understand and come into a specific asana. They are more physically oriented then the Ashtanga practice. While you may feel a sense of peace and union within yourself after a vinyasa class, there is no space for internal lasting transformation, but more of a temporary sense of relief.

When taught by good teachers it can greatly help the student in overcoming physical ailments, and it still gives way for prana and circulation to come into areas of blockage. But (and I may be biased) it is somewhat limited in longterm effects on the mind and nervous system, and spiritual growth, compared to Ashtanga yoga. Ashtanga yoga requires a daily commitment, in that commitment you are practicing the same thing, and revisiting and refining movements over and over again, so the body and mind have an opportunity to open and transform progressively and on a regular basis.

The practice is done in silence, there is no one telling you what to do, no music drawing out the sound of your—chitta (mind stuff)—so the practitioner is left observing the different formations and creations of the mind. In that observing comes knowing and with knowing comes the opportunity for growth. When you become aware of something you have the power to change it. As the practice is learned slowly over a long period of times, it allows for the changes to happen gradually, as the practitioner becomes ready for them. Mysore style practice is a one on one practice which means you create a strong relationship to the teacher, who gets to know you as a whole over time and can therefore guide you properly throughout the different phases of life.

Vinyasa requires a different kind of commitment to oneself, and is therefore limited in its ability to serve as a healing transformative practice. Ashtanga yoga requires daily commitment, dedication and discipline. It is a practice that we take on to serve us for a lifetime, it changes and we grows with us. 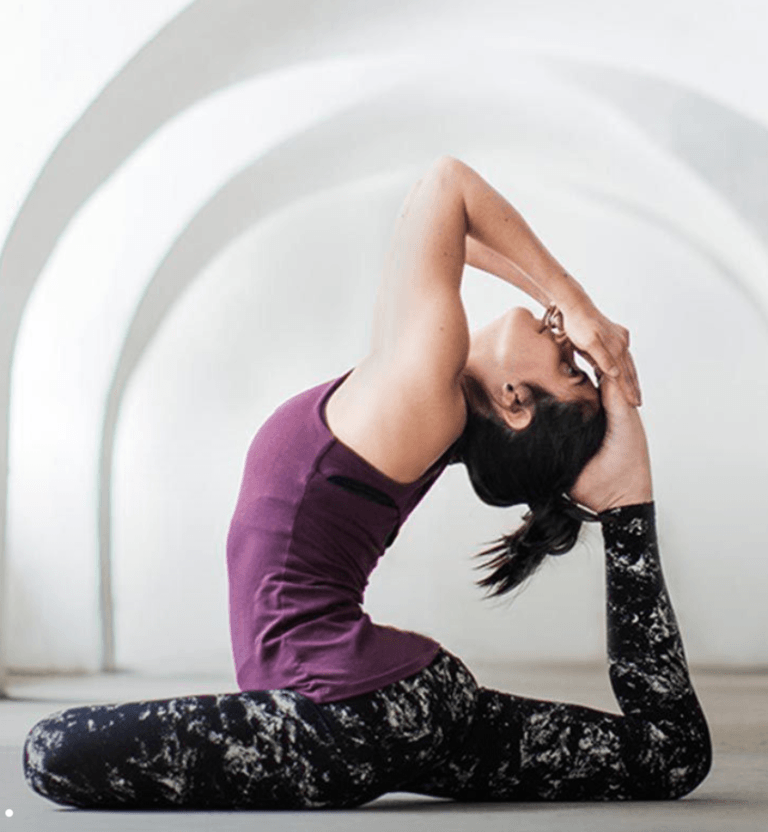 Bibi Lorenzetti is a Level 2 Authorized Ashtanga Yoga Teacher & Holistic Health Coach. She received her blessing to teach Ashtanga Yoga in 2014, from the Sri K. Pattabhi Jois Ashtanga Yoga Institute in Mysore, India, where she has had the honor of assisting R. Sharath Jois multiple times over the years. She taught at the Shala Yoga House in New York City for over 6 years and is now the owner of her own Shala in Newburgh, New York: Ashtanga Yoga Newburgh (AYNBNY).

The post Ashtanga 101: Breaking Down the Primary and Secondary Series appeared first on Wanderlust.